Eighty years ago this summer. 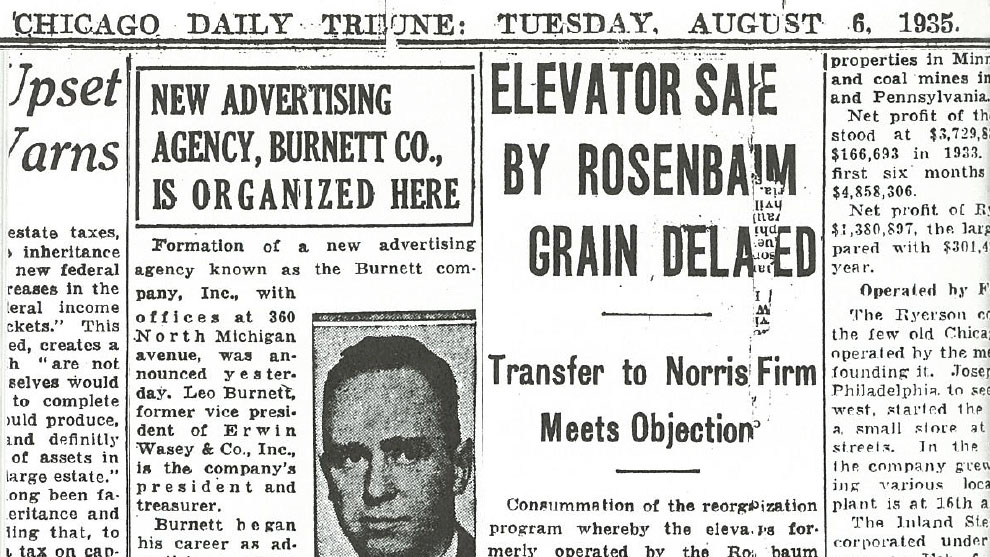 The summer of 1935 in the United States was not a pretty one. Still in the grips of the Great Depression, dust storms swept across the Midwest, ravaging crops and adding to the misery by adding to the jobless lines. Unemployment stood around 20%.

At the time, Leo Burnett was a Vice President at Erwin, Wasey in Chicago, then the world's largest ad agency. But Leo was restless. Unhappy with the state of advertising in Chicago, he was driven to make it more believable and engaging, distinguished by creative that celebrated a product's "inherent drama."